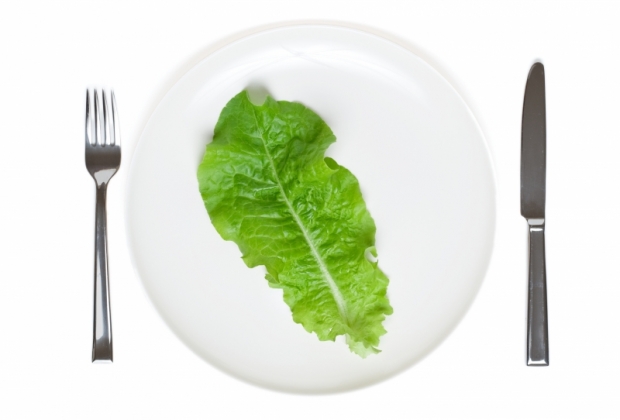 A Quick Look at Fad Diets…

Fad diets are a constant in the world of fitness; it seems that everywhere you look on the internet, they’re tucked right in next to dubious weight-loss pills and ‘lost ancient secrets’. 10 a penny and each with their own dedicated fan-base, the validity of these various nutrition plans range from reasonable and soundly logical to absurd and potentially dangerous.  There is of course a lot of ground in between these two extremes; there are also a number of reasons why what sounds like a perfectly good idea really might not be.

Now the point here is not to provide a complete catalogue of all available options for fad diets; my intention, instead, is to look at perhaps one or two examples that represent particular trends.  My objective is to present some idea of what healthy eating looks like in relation to popular fashion in ‘diet culture’, if you would call it that.

(Disclaimer: as usual, this is my personal opinion; I could be totally wrong! One or more of these diets might work for you perfectly, with little or no noticeable side-effects. I’m still not going to suggest you try any of them without consultation of a medical professional , and some of them I would personally recommend you don’t touch with a 10 foot pole; I refer you to the above ‘I could be totally wrong’…)

In many cases of over-weight or obesity, carb intake is certainly an issue that needs to be addressed; more important than simply reducing quantities, however, is opting toward higher fibre content and lower glycaemic index over processed varieties with higher levels of starch and sugar.

There is still a certain degree of controversy as to whether ketogenic dieting is in fact completely  safe for everyone or not; potentially higher cholesterol levels notwithstanding, the pros and cons of this one are much more open to debate, and nowhere near as glaringly absurd as some of the other entries on this list. There are a lot of apparent benefits to ketogenic dieting, such as heightened energy levels and overall satiation; even better skin!

Of course it would be a good idea to consult a doctor before undertaking such an enormous change in dietary habits. My primary reservation is not that whether it works, nor whether it can be used to maintain a healthy lifestyle. My primary critique of it is that, for a lot of people, it’s a drastic measure that is in fact unnecessary and unmaintainable – especially in South East Asia. Some people I’ve spoken to who claim to have adopted the Ketogenic diet have not really understood what it actually entails –they simply increased the fat content in their diets, and were predictably disappointed when they gained weight instead of losing it. Carbohydrates like rice are cultural institutions for East Asians that are extremely hard to extricate. A mere reduction of Carb intake will not suffice; 5% maximum carb intake is typically more than most East Asians can deal with for very long. In many if not most cases in my experience, the subject eventually gave up the diet, either when they had reached their goal or because they simply couldn’t handle it. In many instances those who had reached their weight-loss goals simply regained all their losses in relapse.

Ketogenic dieting can definitely work, but not as a short-term solution to an immediate or short-term goal; it involves a long-standing if not permanent commitment to a major lifestyle change; it requires a degree of control over nutritional intake that most people in general will find stifling and ultimately potentially de-motivating.

The simple truth of the matter is that, while it can work, for the vast majority of people it really isn’t necessary! I know it’s being described all over the internet as the be-all-and-end-all of healthy diets at the moment; however, it is still perfectly possible to eat healthily, shed unwanted fat and gain muscle without it.

Not really a diet plan so much as it is merely a broad set of nutritional lifestyle choices, this one makes a ton of sense in my book. The rules are pretty simple: Your primary sources of carbohydrate come from whole grains; your consumption of red meat is reduced in favor of fish and poultry; you consume a lot of vegetables as well a healthy amount of fruit; you opt for low-fat when choosing dairy products and you largely replace butter and margarine with alternatives like virgin olive oil; you include a lot of herbs in your cooking, and you regularly snack on healthy fat sources like nuts.

If you’re trying to lose weight, you may still need to tweak a few things for optimum results; however for pure health and performance benefits, this really is THE way to eat. Basically, if there wasn’t an easy label on it, like the ‘Mediterranean Diet’, this would still be a pretty darn good collection of rules for healthy eating. As I said, unless you’re aggressively trying to lose weight, just implementing this remarkably simple eating plan will make you feel better as well as (probably) help you live longer. It will also make it easier to improve your fitness! Indeed, if there was one diet option that ever made sense for people who take regular exercise, in my humble opinion this would be it! It’s basically a list of all the things modern people should be doing, that they generally aren’t. Pretty much every ingredient on the list of components for the Mediterranean diet is something that recreational athletes should already be making an effort to include in their diets anyway.

What I like most about the ‘Mediterranean diet’ is that it doesn’t involve calorie-counting, a phase-oriented plan or a lot of strict, absolute rules! The most important aspect of the diet is simply replacing certain staples with healthier alternatives. In addition to being arguably the best-suited to supporting an active lifestyle, it is also probably one of the simplest, overall, to implement.

Of course, as with everything, there is a certain requirement for personal discipline; this much should be understood. While nothing is explicitly off-limits, it goes without saying that self-restraint and self-accountability are still crucial factors here.  Simple and broad rules they may be, but rules they remain.

And that’s the core issue, really. If you can’t exercise even the most basic level of self-control, then no diet plan, ‘fad’ or otherwise, is going to work for you. My personal opinion is that as with most things the best course of action, at least upon the outset, is to keep things as simple as possible. Apply just a few rules at a time, develop good habits and build on your success. Eating healthy shouldn’t be difficult and, in all truth, isn’t. But you have to consciously choose to do it. Remember: lasting improvement requires enduring change. If your only goal is to fit into your old prom-dress for high school reunion, then a crazy fad diet MIGHT help you do that. It might also be damaging to your health and make you miserable. But if you go back to your old habits once your short-term goal is achieved, you will find yourself right back where you started. The goal is to make lasting, sustainable changes that improve the quality of your life and bring out the best in you.